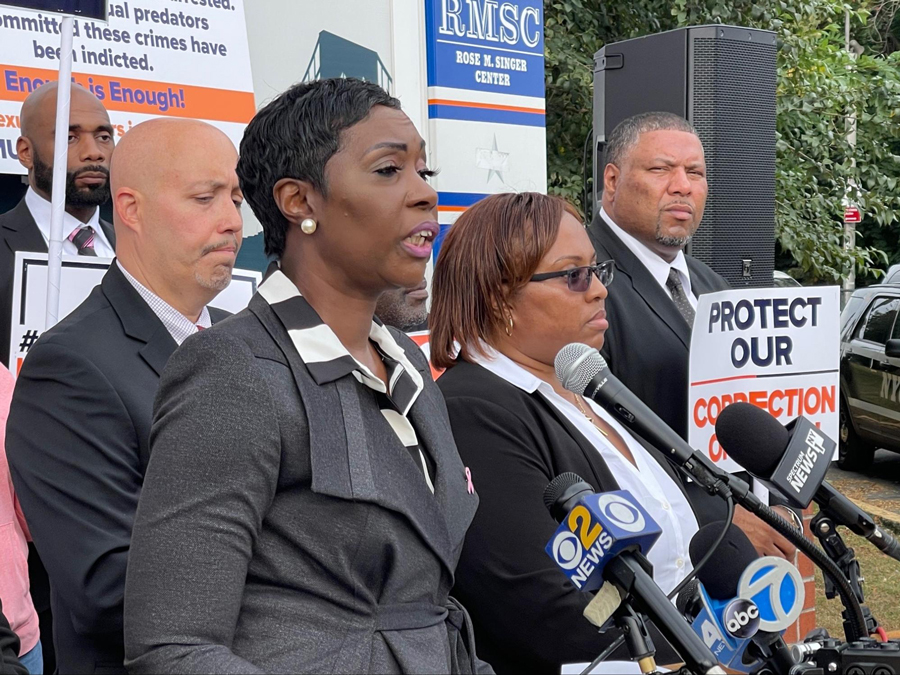 In October 2021, several Queens elected officials stood alongside correctional offers to demand the city and state take action to end sexual harassment and assault against officers, an issue that has been long ignored.

COBA leaders were joined by City Council members Adrienne Adams and I. Daneek Miller as well as Assemblymember David Weprin to announce impending legislation at the City Council level to address attacks and draw attention to them. Nineteen people have reported allegations of sexual assault by incarcerated people since January 1, 2021, according to the Department of Correction’s Intelligence Bureau.

COBA’s third Vice President, Keisha Williams, said, “The lack of accountability for these horrific crimes committed behind bars is a stark reflection of how broken our criminal justice system is. This culture of sexual assaults and sexual harassment has been going on for far too long, and it has to stop.” 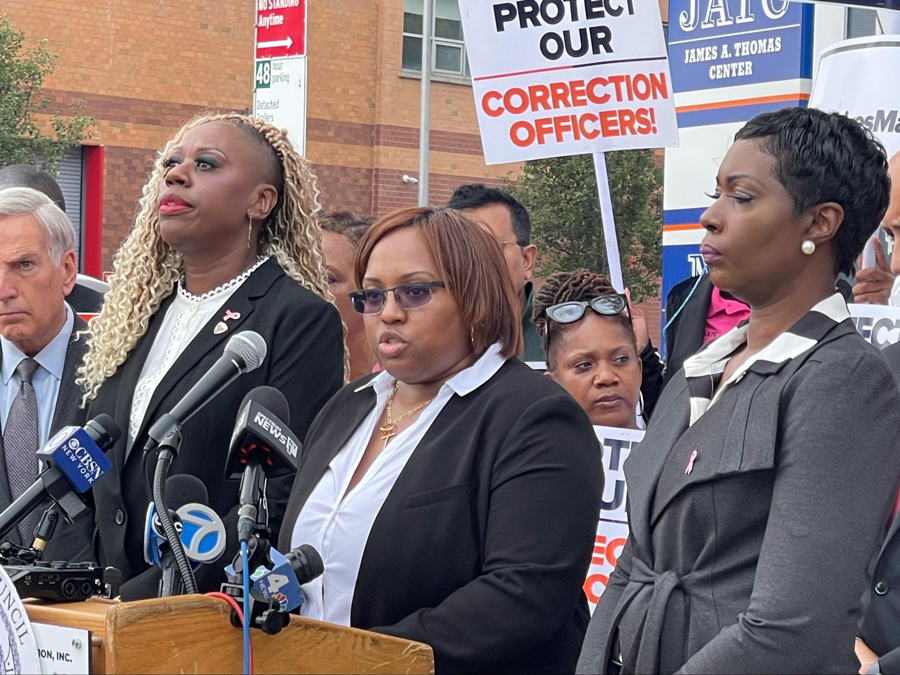 City Council members Adams and Miller said they plan to introduce a resolution in the City Council that would call on the governor and State Legislature to amend the penal code to classify the forcible touching of a correction officer as a felony; currently, it’s classified as a class A misdemeanor.

According to Miller, “There's a workforce that serves here on Rikers Island, they should be able to serve with dignity and respect, and be able to uplift humanity in the job that they're doing and the services that they provide – it's so simple,” he said. “We have failed to support these women.”